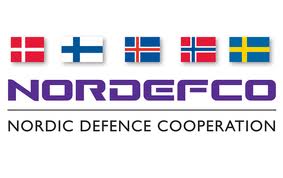 The rationale for regional collaboration is simple: there is a growing regional recognition that Nordic cooperation is essential for retaining existing military capabilities and developing new ones in the region. By seeking to harmonize defense capabilities and, thus, reducing costs, NORDEFCO provides a tool for the Nordic states to pool resources together and increase efficiencies. The fact that the Nordic countries share many similarities in terms of size, geography, language and culture and have far-reaching historical cooperation makes this collaboration easier.

Due to the small-sized defense forces, maintaining sufficient military development and procurement levels is difficult. Nordic defense can be strengthened by increasing cooperation in common education and training, co-location of military units and common equipment for force contribution. The strategic imperative of Nordic defense cooperation has been heightened, not least following the ongoing crisis in Ukraine, but also because of the long-standing trend towards shrinking defense budgets in Europe.

Though still in its infancy, NORDEFCO has already generated some notable results.(2) NORDEFCO can, therefore, be viewed as a positive example of regional defense collaboration in Europe.(3) Both NATO and the European Union are currently promoting the concept of “pooling and sharing” of defense capabilities. NORDEFCO illus-trates that practical military cooperation between NATO and partner-ship countries is possible.

As a part of this agreement, it was decided to establish a Joint Nordic Defense Industry Cooperation Group (JNDICG) in order to strengthen mutual cooperation between the Nordic industries, provide interface with Nordic government bodies involved in Nordic defense cooperation and to enhance regional and international competitiveness. This takes place in close collaboration with the NORDEFCO Policy Steering Committee (PSC). So far, efforts have been focused on enhancing the industry’s role and on strengthening its dialogue with political leadership. These efforts have resulted in the inclusion of Nordic defense industry associations in NORDEFCO PSC meetings.

The United States has become increasingly supportive of Nordic defense cooperation.(4) For Washington, the Nordic region represents an open defense market with market-oriented industries and an inter-nationally competitive industry with unique technological niches in certain areas. As NATO currently tries to promote “pooling and sharing” of European defense resources under the auspices of the Smart Defense, Nordic countries demonstrate how to do this in practice. The Nordic region is unique because it includes both NATO and non-NATO countries.

For the above reasons, Washington should engage Nordic countries more closely on defense industrial issues. This includes strengthening both bilateral and multilateral cooperation. Such closer U.S.-Nordic defense industry cooperation would benefit the United States and Nordic countries alike and could be used as a vehicle for further strengthening of the transatlantic defense ties more broadly. Of course, greater U.S. participation in the Nordics should also come with greater Nordic participation on the U.S. defense market.

On the multilateral level, efforts should focus on including the United States in NORDEFCO collaboration initiatives. Given the slow progress made under NORDEFCO when it comes to defense industrial issues, American engagement in NORDEFCO’s multilateral capability development efforts should be welcomed, as it would infuse some well-needed energy into the regional dynamics. U.S.-NORDEFCO initiatives would fit well within NATO’s Smart Defense initiatives and inject it with a well-needed dose of “transatlanticism.”(5) Strengthening U.S.-Nordic cooperation would therefore add value to the transatlantic link.

Practical examples could include U.S. participation in procurement of weapons platforms and enablers and military research and development. Cyber security is one obvious area where more U.S.-Nordic cooperation could bring added value. Nordic countries are at the fore-front of many cyber issues and have plenty to offer there as well. A joint U.S.-Nordic cyber project could also serve as a forerunner for future common projects in other areas. Another industry sector with high potential for U.S.-Nordic collaboration is maritime security, an area that also relates directly to the High North.

The outlook for the European defense industry is uncertain. Since the end of the Cold War, European defense spending (as a percentage of gross domestic product) has fallen significantly. This is the case despite the presence of economic growth and active European contributions to ongoing operations in places like Afghanistan.(6) As a result, the United States now accounts for about three-fourths of overall NATO defense spending, which is increasingly unsustainable. But European states not only spend too little on defense, they also spend it too inefficiently. This is primarily due to a lack of integration of the European defense market, which remains heavily protectionist and subject to well-guarded national self-interests.

To address these issues, NATO has launched the Smart Defense initiative to pool and share military capabilities in Europe. The European Union (EU) has also promoted a similar concept though it’s European Defense Agency (EDA). However, the results have so far been insufficient. The European defense market remains highly fragmented on the demand side. The reason defense material is so costly is because there is simply not enough free trade and competition.

What is also missing is a strong transatlantic dimension: even though European and American defense contractors are major competitors, it makes sense for them to become more integrated. Opening up the U.S. and EU defense markets to competition from suppliers on both sides of the Atlantic would promote further competition. This would be a win-win for the European Union and the United States alike.

In times of declining budgets, it makes sense for governments on both sides of the Atlantic, who today spend too much on defense, to further integrate their markets. Opening up the transatlantic defense market would secure its position vis- à-vis the rest of the world. Most European defense industries already use non-European components in their products and systems. For example, the American -made con-tent in the Swedish-produced Jas 39 Gripen fighter jet is approximately 40%.

But while European and American defense companies are already quite integrated at the product level, there is much more that can be done. For European defense industry, the U.S. market is an opportunity for further growth and for continued collaboration and techno-logical development as well as continued exports and imports. The United States currently spends about 500 billion dollars on defense annually, which is more than double what EU countries spend combined.(7) But for this to take place, remaining trade barriers must be dis-carded. A major opportunity to promote transatlantic defense integration is the current negotiations over the Transatlantic Trade and Investment Partnership (TTIP).

TTIP was launched in June 2013 by the European Union and the United States to further strengthen the world’s largest trade and investment relationship. TTIP’s primary objectives are to eliminate tariffs and improve market access, enhance regulatory convergence and adopt rules that will set the global standard. According to official EU estimates, TTIP would bring an additional 120 billion euro to European economies annually.

It is strategically imperative to strengthen economic relations between the United States and the European Union through complet-ing TTIP, especially after the crisis in Crimea and Russian aggression towards Ukraine. Both sides realize that only by scaling up economic cooperation will the transatlantic political and security dimension be reinforced, so that they can face external challenges such as Putin’s increased hostility towards the countries and regions bordering Russia and the West. TTIP can be instrumental in that domain. If the recent crisis in Ukraine has taught us one clear message, it is this: policy unity between the United States and the European Union is absolutely essential. TTIP has generated considerable debate and dis-cussion around the geopolitical and geostrategic dimensions of increased transatlantic economic cooperation. Several U.S. officials have hailed TTIP as an “economic NATO.”(8)

Excluded from the TTIP, however, is the defense sector. The reason for this is that “defense procurement” is viewed as a subject that is too sensitive and unique to national and special interests. Many large European defense industries believe that including “defense” in the TTIP negotiations would force them to open up their domestic markets to American defense contractors without ensuring the same level of access for European suppliers to the U.S. market. A lobby campaign led by French and German defense industries and based on European protectionism, forced the European Commission to remove “defense” from its negotiation mandate.

However, the exclusion of “defense” from the TTIP agenda does not mean that the sector will remain unaffected by a potential trade agreement. On the contrary, a number of defense and security industry products will be impacted. In today’s defense market, dual-use products increasingly blur the lines between the defense and civilian sectors.(9) A large number of defense products involve essential civilian components and technology. Moreover, even if TTIP succeeds in removing tariffs on these products, other non-tariff barriers would still remain in place. For example, the “Buy American Act” and the International Traffic in Arms Regulations (ITAR) restricts many foreign companies’ access to the U.S. defense market. However, the Obama administration’s Export Control Reform initiative is shifting many defense items formerly controlled under the ITAR to the export control jurisdiction of the Commerce Department. While such items will still require a commerce export license, under the Commerce Department regulations, many (if not most) of those items may benefit from a license exemption called the Strategic Trade Authorization (STA). Almost all European Union members qualify for the STA license exemption, although there are some qualifications.

Given the ambitious time-frame set for the TTIP negotiations, the already mounting number of challenges facing negotiators and the resistance from several EU member states, it seems that “the train has already left the station” when it comes to re-introducing “defense” into the negotiation mandate. However, there is rationale for using the momentum described above to put the issues of deepened defense cooperation on the general agenda. The defense industry can use this as an opportunity to spearhead an industry-based initiative.

The conversation about transatlantic defense integration must continue, so that when TTIP is finalized, progress will have already been made. The goal should be to set up an industry-led parallel track that would produce a “shadow TTIP” agreement for the defense sector. The United States should, therefore, work to identify potential front-runners in Europe—countries that are open to transatlantic defense integration and that already have a strong bilateral relation with the United States. Nordic countries are perfect partners in this aspect.

Lacking a large domestic market, Nordic defense industries are almost by definition more liberal and open than other European industries, which tend to be much more protectionist-oriented. For Nordic countries, the United States is a very important partner and export market. Stronger U.S.-Nordic cooperation would infuse new dynamics into the established multilateral regional cooperation framework, NORDEFCO. For the United States, a closer cooperation with the Nordic region also has advantages; Nordic defense industries have unique technological niches in certain areas that could be of interest to U.S. industries.

Erik Brattberg is currently a Visiting Fellow at the Center for Transatlantic Relations (CTR) at the Paul H. Nitze School of Advanced International Studies at Johns Hopkins University. He is also a Research Associate at the Swedish Institute of International Affairs, Stockholm. His research interests include European foreign and security policy, Nordic-Baltic security and defense issues, NATO and transatlantic relations.

This article was originally published by the Center for Transatlantic Relations (CTR) in October 2014 in a book entitled “Advancing U.S.-Nordic Security Cooperation“.