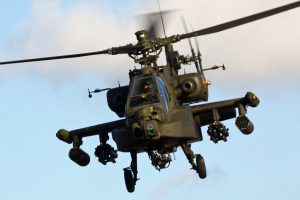 The U.S. Army has awarded BAE Systems a contract to develop a next-generation missile warning system for aircraft that will protect pilots and crews from new and emerging threats.

The U.S. Army has awarded BAE Systems a contract worth up to $97.9 million to develop a Quick Reaction Capability (QRC) next-generation missile warning system for aircraft that will protect pilots and crews from new and emerging threats. Under the Limited Interim Missile Warning System (LIMWS) contract, the company’s 2-Color Advanced Warning System (2C-AWS) will provide the aircraft with missile warning and hostile fire protection to improve survivability and mission effectiveness in contested environments.

The company developed its 2C-AWS system with Leonardo DRS and proposed the solution in response to the Army’s June solicitation for LIMWS. Leonardo DRS will provide the 2-color infrared sensor as the eyes of the system.

The contract builds on BAE Systems’ long heritage in aircraft protection and its strong relationship with the Army. It demonstrates the company’s ability to accelerate the evolution of its proven Common Missile Warning System (CMWS) to quickly provide an innovative solution that addresses this QRC requirement. CMWS is currently fielded on thousands of Army platforms and has saved dozens of aircraft and their crews since it was first fielded in 2005.

The system will provide a foundation for the army’s future threat detection needs and is designed to be upgradeable to meet future requirements. It will work with existing army aircraft survivability equipment, including aircraft interfaces and countermeasure systems.

‘We are keenly aware of the increased threats presented to our army aviators and crews throughout the areas of operation and potential future battlefields. We understand the advanced detection capabilities required to counter those threats.’