US Defence Department Reform: “Sustainability is a must” 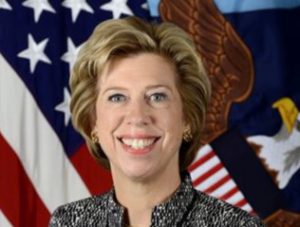 Ellen M. Lord, Under Secretary of Defense for Acquisition, Technology, and Logistics

What readiness means to DoD is platform readiness, to make sure that it has aircraft available, she said. “Right now, we have on average 50 percent operational availability for aircraft. That’s unacceptable,” she added. “We as warfighters cannot [operate] on that.”

The 70 cents of every dollar DoD spends over the lifecycle of a program goes to sustainment.

“We need to start thinking about sustainment more when we design systems, so that we are designing [them] to be maintainable,” she explained. “To be able to change out parts quickly, we need to make sure that we think about the costs of sustaining systems.”

In production, she added, the department will stand by its requirements and make sure its industry partners stand by their commitments.

Sustainability is the last line of effort in the F-35, she said. “My customer is the warfighter, … [and] my job is to take the resources I have and make them stronger.”

Further within the realm of lethality is focusing on DoD’s nuclear triad, and the department is modernizing every leg of the nuclear triad, Lord said.

“When we go to war, we go to war with a lot of allies and partners,” the undersecretary said. “We can only dominate in an interoperable battlefield of multi domains if we have equipment that talks to [one] other. A huge part of what we need to do is enable our allies and partners to fight with us by selling them weapons that we’re developing. It’s important not just for interoperability, but it also stabilizes our defense industrial base.”