In line with its programme to optimise its industrial structures in the Defence Electronics & Security and Space sectors, previously announced at the shareholders’ meeting, Finmeccanica will launch a rationalisation process intended to improve the business organisation and industrial performance of the companies involved.

In particular, the organisational rationalisation will involve a number of specific business lines, enabling the Group to take advantage of the technological complementarity within its structure and to define clear responsibilities to end customers.
The group companies involved in the optimisation programme are SELEX Sistemi Integrati, SELEX Galileo, Elsag Datamat and Telespazio. 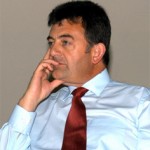 The new structure of SELEX Galileo will enable the company to consolidate its leadership in avionics and ISR (Intelligence, Surveillance & Reconnaissance) mission systems, as well as further develop technological excellence in Electro-optics (land, sea and air), Electronic Warfare (sea and air) and Airborne Radar. 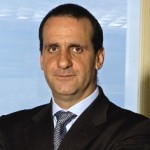 The new structure of Elsag Datamat will enable the company to consolidate its industrial role and become a Centre of Excellence for specific technologies and expertise in the ICT, Security, Automation and SAP fields. Paolo Aielli will become CEO of Elsag Datamat to replace Carlo Gualdaroni

The new structure of Telespazio will enable the company to consolidate its role as Centre of Excellence in space services and applications, through the expansion of its technological expertise, especially for the European institutional market, thanks partly to its presence in the UK and in Germany. Carlo Gualdaroni, currently CEO of Elsag Datamat, will become CEO of Telespazio to replace Giuseppe Veredice

The rearrangement will concern around 1,400 employees and an intense exchange of activities.

ElsagDatamat will leave 816 employees (logistics, command and control, weather, mission support): 702 to Selex Sistemi Integrati and 114 to Telespazio. The company will receive from Selex SI the IT / SAP branch of the German Vega (125 employees).

Selex Sistemi Integrati will also receive from Selex Galileo the activity on the Precision Approach Radar (PAR, with 51 employees) and surface radar (but not employees).

The transfer of 408 people (the British Selex Sistemi Integrati, plus the French and Spanish Vega space activities) to Telespazio It is also expected.

Finmeccanica plays a leading role in the global aerospace and defence industry, and participates in some of the sector’s biggest international programmes through its group companies and well-established alliances with European and US partners. A leader in the design and manufacture of helicopters, defence and security electronics, civil and military aircraft, aerostructures, satellites, space infrastructure and defence systems, Finmeccanica is Italy’s leading high-tech company. It also boasts significant manufacturing assets and skills in the transport and energy sectors; it is listed on the Milan stock market and operates via a number of group companies and joint ventures. At the end of February 2010, the Finmeccanica Group had more than 77,000 employees, including almost 12,000 in the US, more than 10,000 in the UK, more than 4,300 in Poland, approximately 3,700 in France and more than 1,000 in Germany. As part of its drive to maintain and build on its technological excellence, Finmeccanica spends 11% of its revenues on Research and Development.