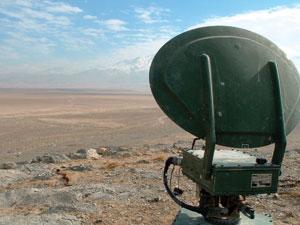 DRS Sustainment Systems will deliver the Marine Corps 71 man portable surveillance target and acquisition radars (MSTAR), under a $9.7 million awarded by the U.S. Navy. The MSTAR is a component of the Ground-Based Operational Surveillance System (GBOSS). The MSTAR locates moving targets and uniquely classifies them as personnel on foot, tracked vehicles, or wheeled vehicles. The delivery of 71 units is expected to be completed this year.

The MSTAR is a low-power ground surveillance radar, which provides wide-area coverage in all weather conditions during both day and night. It locates moving targets and classifies them as personnel, tracked or wheeled vehicles.

The system is ideally suited for deployable perimeter security applications, or as part of an integrated security system for force protection, border surveillance and asset protection.

The technology and capabilities of the MSTAR can be customized to fulfill military and homeland security missions when intrusion detection, border surveillance and perimeter security are unique and require a tailored application.

The AN/PPS5-C Manportable Surveillance and Target Acquisition Radar (MSTAR) is a highly versatile low-power, high-performance ground surveillance radar.  The MSTAR provides wide-area surveillance to a maximum range of 42 km, day or night and in all weather conditions.  The MSTAR’s effectiveness has been demonstrated in both combat and peacekeeping missions, including significant use in the Balkans, Afghanistan and Iraq.  Testifying to its proven performance and reliability, today there are more than 1,400 MSTAR units deployed around the world.

The MSTAR system is transportable by two people, and can be put into action in less than five minutes.  It is also easily integrated into larger security systems, and can be used as the anchor for other surveillance sensors.  The MSTAR locates moving targets and uniquely classifies them as personnel, tracked vehicles or wheeled vehicles.  The simple-to-operate man-machine interface allows for rapid self-location and surveillance area set up, and also provides for sophisticated interface support features.