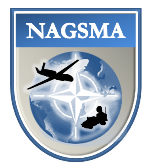 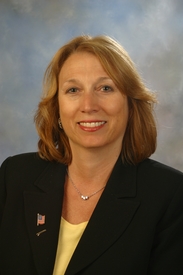 “This program has been a model of the value of transatlantic cooperation to meet the security challenges of the 21st century, and we are proud to lead an industry team of more than 25 companies from the 15 nations participating in this program,” said Pat McMahon, sector vice president of Northrop Grumman Aerospace Systems’ Battle Management & Engagement Systems business unit. “The true value of this multinational effort shows in this proposal. This industry team brings together leading defense industries and their state-of-the-art air and ground capabilities to take advantage of national investments already made in operationally fielded and proven systems for the good of the entire alliance. The result is an affordable, executable program that will provide the earliest fielded capability to meet the alliance’s urgent need to protect its forces with persistent intelligence, surveillance and reconnaissance.”
The NATO AGS proposal includes an air segment based on the Block 40 version of the RQ-4 Global Hawk high-altitude, long-endurance (HALE) unmanned aircraft that will be missionized to meet NATO requirements. It also includes mobile and transportable ground stations and a world-class mission operation support center at the main operating base in Sigonella, Italy.
The NATO air vehicle will be equipped with Northrop Grumman’s Multi-Platform Radar Technology Insertion Program (MP-RTIP) ground surveillance radar sensor, which will be capable of detecting and tracking moving objects throughout the observed areas as well as providing radar imagery of target locations and stationary objects. The entire system will empower a network-enabled approach to support interoperability with national systems and to perform the entire range of NATO missions, from peacetime to crisis management.
The ground element will be wholly produced by European industry, offering the potential for national re-use in other programs. It provides real-time data, intelligence and target identification to ground commanders within and beyond line of sight. 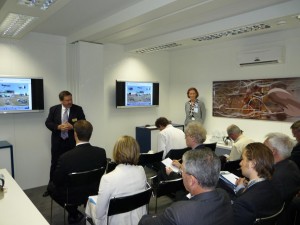 “As a critical component of the NATO Response Force, the AGS system will give NATO and national decision-makers continuous ground situational awareness to enable a tailored response to meet the situation and minimize the need to put forces in harm’s way without foreknowledge. It will be crucial for success in Afghanistan and in future out-of-area operations,” said Matt Copija, director of Northrop Grumman’s NATO AGS program.
The system leverages the Global Hawk’s combat-proven performance and unmatched capabilities, with more than 40,000 hours flown at altitudes up to 60,000 feet for more than 32 hours, well above commercial airspace. The NATO AGS program will mark the first international sale of the Block 40 version of the Global Hawk.
Northrop Grumman is the prime contractor for the NATO AGS program based at its Melbourne, Fla., facility. Its industrial team includes EADS, Selex Galileo, General Dynamics Canada, and Kongsberg. The NATO Alliance Ground Surveillance Management Agency (NAGSMA), which was chartered to acquire the NATO-owned and operated core capability, is responsible for the procurement of the NATO AGS capability until it has reached full operational capability. NAGSMA was established in September 2009 after all 15 participating nations signed the AGS program memorandum of understanding.