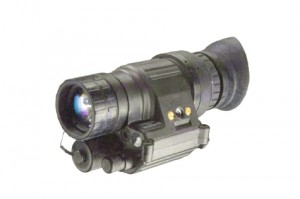 ITT Corporation has received a $53 million order from the United Kingdom Ministry of Defence (MoD) for head-mounted night vision systems (HMNVS) that provide ground-based soldiers with superior performance during nighttime operations. To date, this is ITT’s largest order from the United Kingdom for night vision systems. The deliveries of the HMNVS will take place over the customer’s next five fiscal years.
“This recent order from the United Kingdom Ministry of Defence shows the high degree of confidence the customer has in ITT and our ability to deliver Generation 3 night vision technology,” said Bruce A. Wald, vice president and general manager of ITT’s Night Vision & Imaging business. “Our Generation 3 solution is the first night vision technology choice of our international allies to operate in challenging environments.”
ITT has supported the UK MoD’s HMNVS program since 2003 by providing these battle-ready systems. In addition to the new systems produced at ITT’s facility in Roanoke, Virginia, ITT Defence Ltd. in Basingstoke, U.K. has also provided in-country, logistics support to the growing fleet of HMNVS since 2005. They have converted nearly 2,000 HMNVS from dual-battery to single-battery configuration and provide expedited repair to any systems requiring maintenance before, during or after deployment.
In addition to the faster repairs, ITT has increased its manufacturing capacity to meet the requirements of the international market. The expanded capacity has enabled ITT to deliver night vision technology to U.S. allies and coalition forces within 120 days after receiving an approved export license from the U.S. Department of State.
The HMNVS is the MoD’s variant of the AN/PVS-14, the ITT supplied night vision goggles that are commonly used by the U.S. military and homeland security agencies. The AN/PVS-14 is a lightweight, single-battery monocular goggle equipped with ITT’s Generation (Gen) 3 night vision technology, the most advanced night vision in the field today. ITT’s Gen 3 goggles provide the clearest, sharpest image available for soldiers performing nighttime operations, giving them the advantage on the battlefield. ITT Gen 3 goggles last in excess of 10,000 hours, compared to the Gen 2 tubes that last approximately 2,000 to 4,000 hours.
Source : ITT Corporation