First F-35 Squadron for the RNLAF 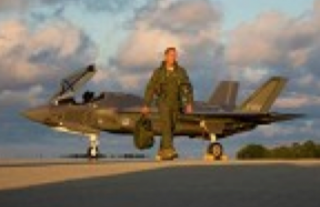 The Royal Netherlands Air Force has its first F-35 Squadron. The Squadron will operate in the US. The first F-35s are planned to transfer to bases in the Netherlands from 2019 onwards. The Dutch military will buy at least 37 aircraft of this type.

During a ceremony at Eglin Air Force Base in the United States, the flag of 323 Squadron was handed over to the F-35 unit, symbolising the transfer of command.

Prior to the introduction of the F-35, 323 Squadron will be responsible for the Operational Test and Evaluation Phase (OT&E), which will begin at Edwards Air Force Base in California by the end of this year. The Squadron will thus lay the foundation for the RNLAF’s commissioning of the F-35.

“Performing OT&Es is a familiar task for 323 Squadron”, said Colonel Bert de Smit, detachment commander at Eglin Air Force Base. “323 was also responsible for the OT&Es of the F-16. Now the Squadron has been given the honourable task of preparing the Defence organisation for operations with an extremely versatile fifth-generation jet fighter.”