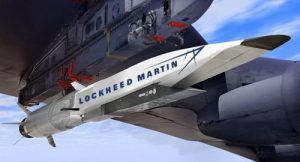 The effort involves the use of Digital Engineering (DE) and Model-Based Engineering (MBE) practices for requirements, design, trade studies, and analyses; as well as the use of DE/MBE to accomplish technical planning for qualification, component/subsystem testing, manufacturing, and sustainment of the air-breathing hypersonic cruise missile under representative operational conditions.

Area of capacity are the following:

More Department of Defense Request for Proposals in : here