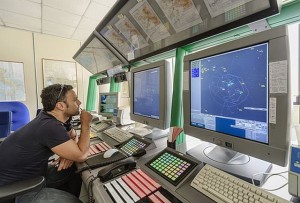 Raytheon Company has been awarded a $135 million Federal Aviation Administration contract modification to upgrade air traffic control systems at the final 22 airports of the Standard Terminal Automation System, known as STARS. Implementation of STARS at these 22 sites will complete the NextGen terminal automation modernization of every major FAA National Air Space facility by December 2019 .

“Raytheon and the FAA are together providing a safety-critical platform across the U.S.,” said Michael Espinola , managing director, Raytheon Air Traffic Systems. “This platform has the processing capacity to allow greatly improved efficiency for the controllers, airlines and flying public.”

STARS is a standard system used by both the FAA and the Department of Defense. It replaces several generations and versions of existing terminal automation systems, providing substantial savings in lifecycle costs. The system brings additional safety and capacity management features to terminal automation in both the commercial and defense sectors.

The Standard Terminal Automation Replacement System (STARS) is an air traffic control automation system manufactured by Raytheon and is currently being used in many TRACONs around the United States by the FAA.

STARS is intended to replace the Automated Radar Terminal System (ARTS). ARTS is still in use at many air traffic control facilities.

The STARS is part of the FAA’s TAMR project to replace aging hardware and software at TRACONS. It is also called TAMR Phase I. The larger TRACONs still use Common ARTs capable equipment but the FAA announced in Spring 2011 that TAMR Segment 3 Phase 1 will consist of replacing these 11 larger TRACONS with STARS by 2016. Simultaneously, all Terminal areas in the United States will phase out all CARTS and ARTS systems and switch to STARS. The smaller sites will transitions to the STARS ELITE (Enhanced Local Integrated Tower Equipment) version of software and hardware, which is similar to TAMR, but with minimum redundancy. The FAA plans to complete this process by 2020.